The award-winning Liverpool Sound City has announced its first wave for next year’s festival, once again returning to the Baltic Triangle.

The first announcement includes upcoming pop-titan Mabel headlining Saturday night and street-poet Loyle Carner taking up the Sunday headline slot, which will surely be a sight to see.

Weekend wristbands are on-sale 10am Fridayand priced at £39.50, with many more artists to be announced for the weekend. We’ll see you in the Baltic! 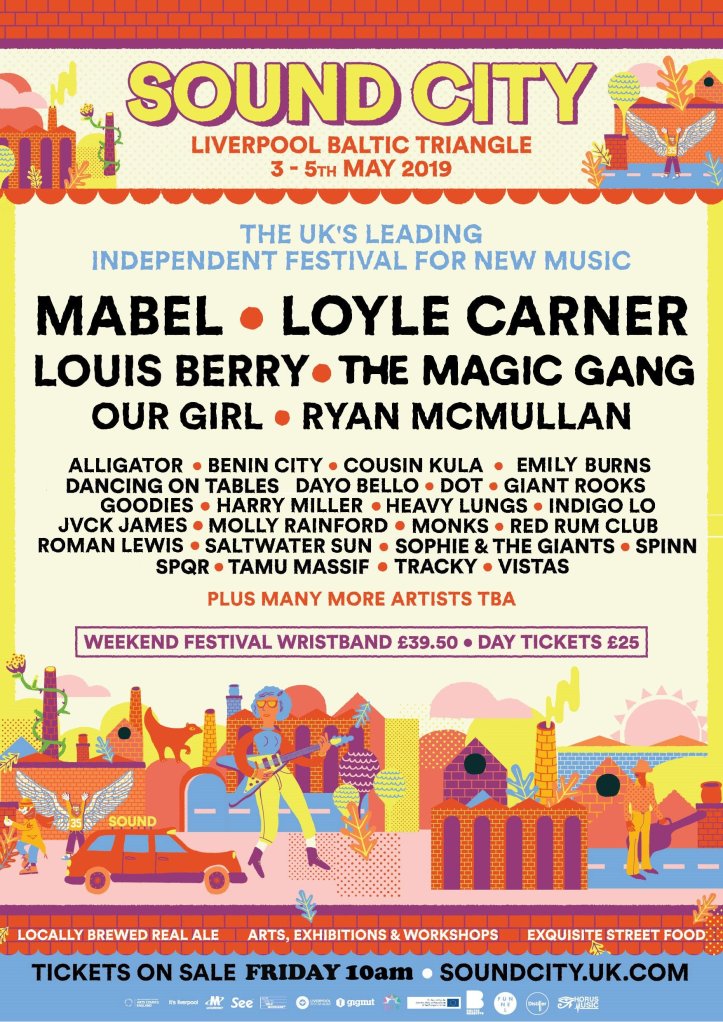