The B-Town indie pop band, Jaws, took on The Magnet last night, and appeared to be all conquering.

Halfway through their headline UK tour, Jaws turned up to The Magnet, which, from the rate at which the gig sold out, seems like a remarkably small venue for a band of this size and hype. Having grown up in the B Town movement with Swim Deep and Peace, Jaws have always seemed like the baby of the scene, however, their latest album, Simplicity, seems to have taken them to a new level of maturity and confidence, helping them sell out most nights of their current tour. This is expected to be an incredible night of music.

Social Contract opened up the night with their punchy, heavy, indie rock vibe, with strong, melodic vocals from their lead singer, who wouldn’t look out of place in a 70s-family portrait. A guitar string snapping mid song doesn’t stop them, and with a new guitar in hand, they fire out a great set of songs, even if the crowd doesn’t seem too interested. This band seem to have the potential; however, they risk blending in with the rest of the scene. With a more unique musical style, they could go onto great things.

Next up is Marsicans, who bring the pop side of indie to the table. With The 1975-style riffs and great synth lines, the band look like they’re having a lot of fun, jumping around the stage, which the crowd starts to mirror. Marsicans use every band member’s voice to its full potential, putting Mumford and Sons style harmonies against their stereotypical indie pop sound. They know when to bring the set down to relaxed moments when it’s needed, while kicking it up to the next level whenever necessary. For this being their first night on tour with Jaws, they fit into proceedings nicely, bringing a character to the night that would have been missing without them.

Next up is what everybody has been waiting for, as the lights go down, an instrumental version of “Surround You” kicks in as the stage lights up bright blue. The crowd, which has now completely filled the room at this point, scream as they see the band members jump on stage. Jaws have a mysterious vibe going for them, with lighting and smoke showing them as silhouettes most of the night, and a charming lack of interaction with the crowd from the lead singer, Connor, for most of the set. When he does talk to the crowd however, he makes them laugh and feel comfortable.

The first three songs are plagued in technical difficulties, with microphones and guitars not working, not that the crowd cares, they sing back the unheard vocals louder than the rest of the music that is being played. Disco balls that were once attached to the ceiling are now being thrown around the room as if they were beach balls. With the standard pushing and shoving you’d expect as a small intimate gig like this, pits open to the songs that you’d least expect to.

On record, Jaws have a sound similar to The Cure. Live, however, is a different matter, with everything turned to eleven, it seems like everything is more distorted and punchier.

As Jaws breeze through the set, it is clear the fans love them, and as the opening riff of “Work It Out” fires up, people jump up onto the shoulders of their mates, while some start to crowd surf, in surprisingly one of the most intimate songs of the night.  They move swiftly on to what must the heaviest song of the night, with “Filth“’s Nirvana inspired ending blasting through venue, the crowd go wild. Connor says that this crowd is probably the best crowd of their tour so far, but later follows that statement up by removing the word ‘probably’.

Jaws alternate between old and new songs, in a well put together set, that has everyone in the venue excited at every point of the night. The only song of the night that seems slow and soft is “17“, which Connor introduces as a “sad one” and somehow the crowd still find a way to mosh to it. At no point through this set does it become tired, despite most songs being similar in style. Every song brings with it a new high. 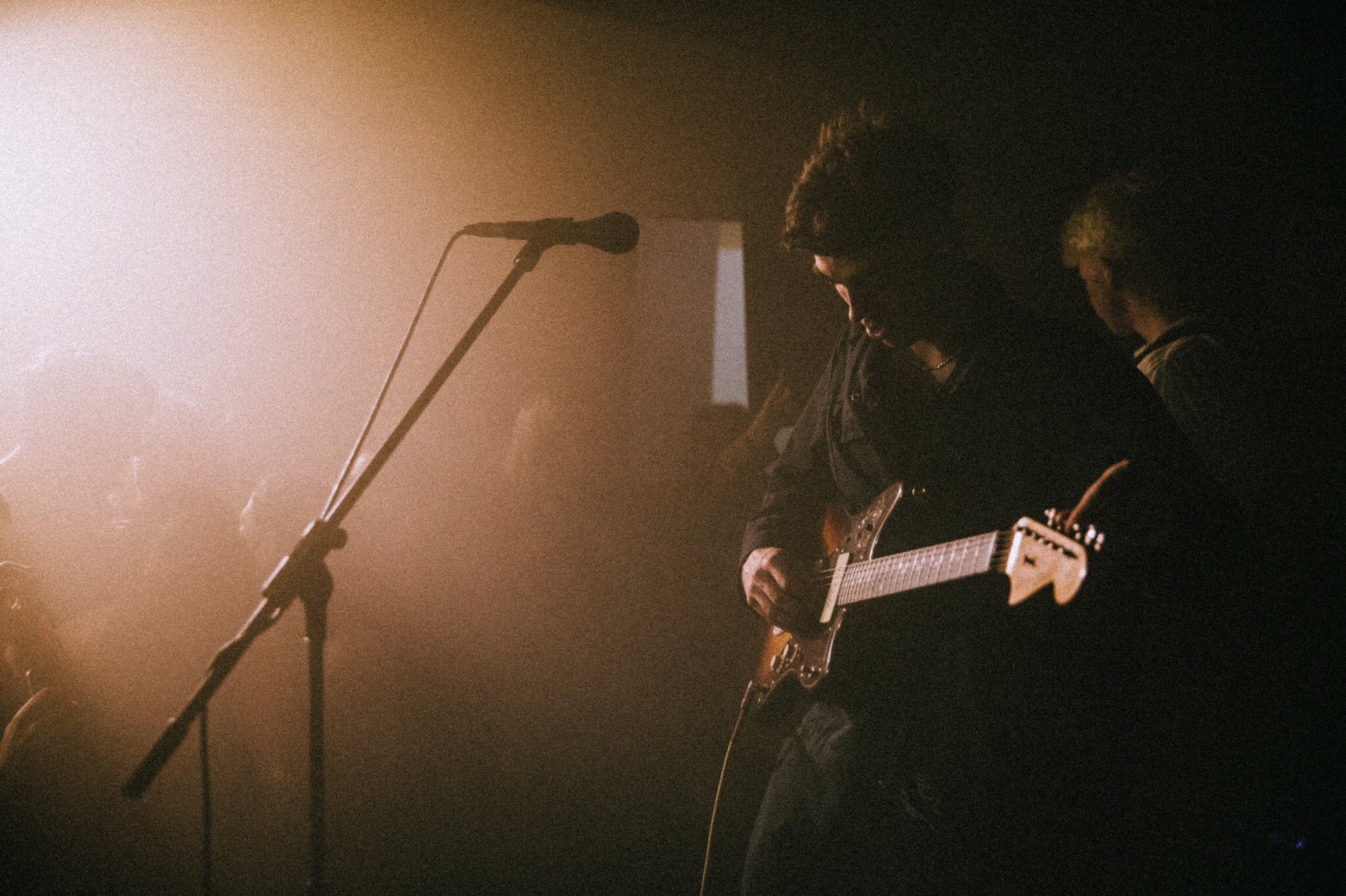 Following crowd favourite, “Be Slowly“, Connor proceeds to tell the crowd how he ‘couldn’t be arsed’ to go off stage into the cupboard sized room off side stage, and so this was the encore.

The encore starts with “Toucan Surf“, with the crowd surfing and moshing intensifies. On record, this song has a very chilled, laidback feeling to it, which couldn’t be further from the truth when played live. They move swiftly into “Right In Front Of Me“, which doesn’t have the right feel to suit the encore.

Following is the final song, and it seems the crowd know what it’s going to be, as they break out into “Gold” by Spandau Ballet. Jaws dutifully oblige, with the opening riff of “Gold” causing five or so fans to storm the stage. The song stops and everyone leaves the stage with Connor telling them off in humorous way that gets the crowd on board with him. The song starts again and everyone looks like they’re having the time of their lives as shoes are getting thrown and people are diving off the stage into the crowd.

This has been an incredible night of live music and initial scepticism of the venue size has been overlooked, as this venue seems to be made for a band, crowd and performance such as tonight. If you ever get the chance to see Jaws live, take that opportunity, whether that be in a small, intimate venue or a large festival stage.