Last night, the great Bido Lito! brought an amazing punk-driven outing of their Social (free for Bido members!) at Camp and Furnace. Pip Johnson went down to catch the action.

Jo Mary walked onto the stage at half past 8 and started off slow with a psychedelic sound but quickly turned things up into a mix of garage rock with psych sounding guitars playing a variety of old songs and new songs including some from their upcoming EP Songs To Listen to while shitting Vol 1. It was a great way to start off the night and the crowd clearly loved them.
After a short break Queen Zee and The Sasstones brought their Punk Rock antics. Walking on and starting off with an early Black Flag/Misfits style riff before breaking right into “Sissy Fists” they came out on a great show performing some old fan favourite songs as well as some new songs the crowd moshed start to finish.

Then it was time for the main act of the night, OHMNS! Barley 30 seconds into their first song the crowd were moshing and dancing along to the punk rockers. By the time they reached their third song pretty much the entire crowd had jumped on stage and started to sing along with them as well as climb anything they could.

It was evidently clear that the audience loved every act and every second of the night, and rightfuly so as it was a truly remarkable night and one to be remembered. 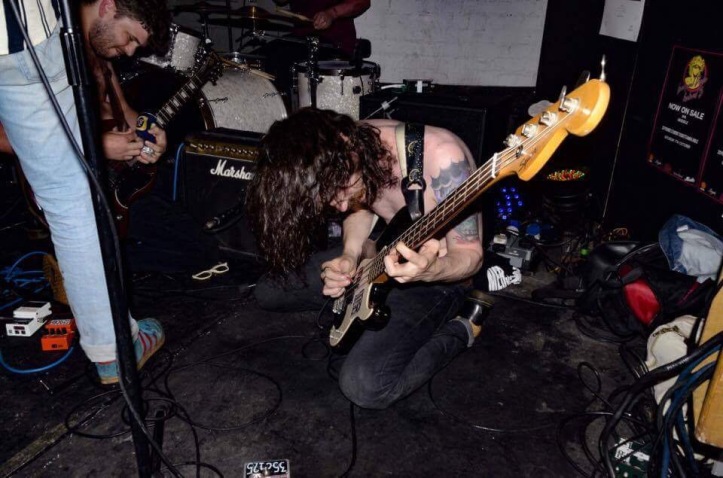 It’s not often you get a gig where all the bands are just as good as each other and aren’t out shone by other bands on the bill. This is proof that Bido Lito! know how to host a gig, especially one free for their subscribers!