The opening day of Sound City brought the heat in the music, as the sunny weather decided to leave for a bit.

After walking round for quite awhile after getting on-site long after entry time, we kicked off our day seeing the legendary Danny Fields in-conversation at the Tim Peaks Diner tent.


Danny talked about his memories, spouting anecdotes about the likes of Lou Reed, The Ramones and of course, Janis Joplin as if they were normal days. The sheer normality and humour of Fields brought joy to his talk, definitely a highlight of the weekend.

Following that, I took a trip down to the Baltic Stage to catch the Irish punk rockers Touts in action. Their strong brand of punk rock wasn’t new at all, but there performance was great nonetheless.

Across the site at the Tim Peaks Diner, the Aussie rockers Gang of Youths preformed a particularly pop-driven performance, with slower songs that followed more of-a pop punk base. That said, the turnout was great for the band, with everyone showing their love.


Shortly after, Liverpool‘s leading punk force Queen Zee and The Sasstones brought their quick-fire set to a tent mainly of their fans and newbies. It’s not hard to see Zee‘s overall attraction, but there’s only so much difference between performances.

The Japanese House attracted us next to their set at the Baltic Stage. The anticipation was high for the debut Sound City set by the minimal pop artist, however strong technical issues ruined the performance for us. While leader Amber Bain attempted to stay calm, nervousness echoed in her voice during the set.

The Kills hit the main stage at 8pm, striking with their well-versed rock vibes. Allison Mosshart, like the Cale show the night before, knows exactly how to be a rockstar with her every move.

The duo blazed through their set, with visions of Mosshart controlling the lights with every swing of her hair, this could be a defining Sound City performance.

Meanwhile over on the Baltic Stage, the scene was set with lights on low as a dancer dressed wholly in a huge white tasseled suit pranced her way around the stage shortly joined by another dressed the same. Both parading around the stage before they made they way to the side of the stage to escort the outstanding queen Peaches out onto the stage vagina first as she broke into “Rub“.


Her set was mesmerising from start to finish with her dancing vaginas during “Vaginoplasty” very early on in her set, to when she played “Dick in the Air” throwing an inflatable giant see-through dick onto the crowd in front of her which she then proceeded to climb into the dick and walk on the crowd singing her way down all the way to the tip to squirt cream all across the crowd. She ended this spectacular spectacle with possibly her two biggest hits “Boys Wanna Be Her” and “Fuck the Pain Away” while having an onstage orgy with her two dancers.
As the dancers left the stage Peaches rubbed herself down with a towel then picked up her suitcase waved goodbye to her passionate crowd that where on constant peak for the entirety of her set.

Opposite Peaches, the headliners of Sound City 2017 took to the stage, as Metronomy arrived.

Kicking off with “Back Together“, the electronic band instantly had the crowd at their feet, still fresh from the release of their latest album Summer ’08 last July, the band pushed with a lot of that during the set.


For an hour and a half, Metronomy provided their indietronica vibes and nostalgia driven songs that simply made Sound City dance.

Metronomy raised the fun bar with every movement of their set, with off-song talkings throughout including a mention of their past performances “we played Sound City like maybe the first one, in a venue somewhere in that great skyline”. The show they’re talking about was their Sound City 2009 set at the Alma de Cuba.

It’s been a long while since that show but the band still brought elements of their younger selves with renditions of “My Heart Rate Rapid” among others. 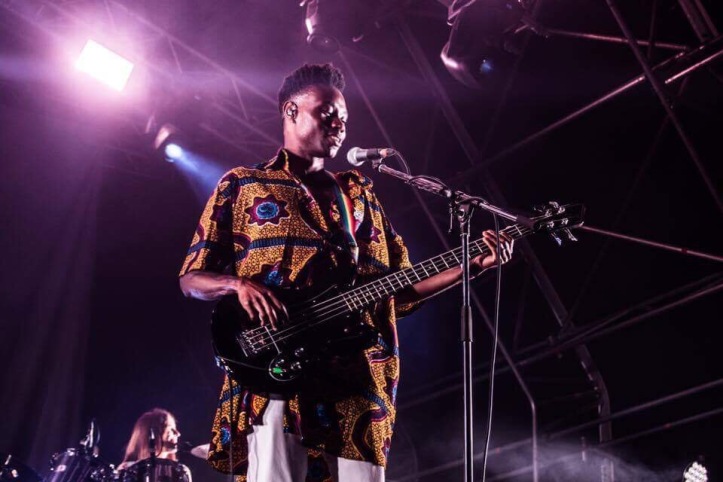 However the run-throughs of key songs such as “The Look“, “Love Letters” and “I’m Aquaris” showed the love between Metronomy and their crowd, who didn’t stop for a second.

Ending with a very strong performance of “The Resevior” and as usual, no encore, simply showed the sheer ability of Metronomy as a headlining act. 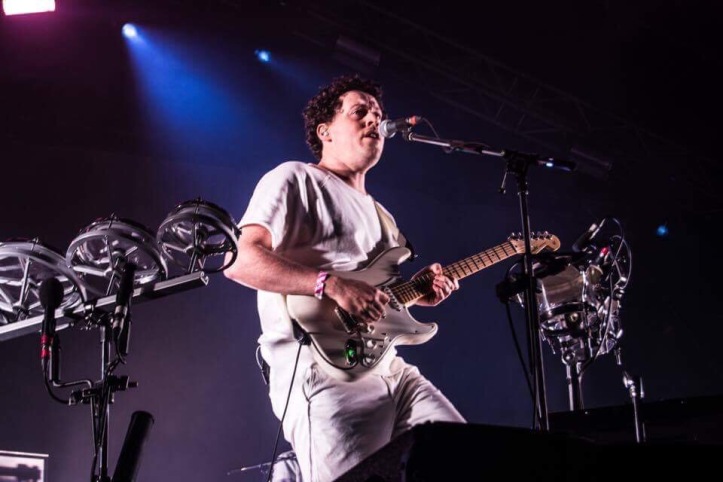