The second show in the Pioneers of British Electronic Music series has been announced and it’s an amazing show. Gary Numan will be returning to Liverpool following his mesmerising Olympia show last September to headline the second Pioneers of British Electronic Music show and he’ll be joined by special guest Ultravox frontman  John Foxx and The Maths. This show joins the massive show by The Human League prior to this year’s Sound City Music Festival. Tickets are on-sale this Friday.

The following night, the legendary Beach Boys founder Brian Wilson will preform the seminal Pet Sounds album in full for the final time, concluding his 18 month tour of the album for it’s 50th anniversary celebration. Wilson will be joined by Beach Boys‘ Al Jardine and Blondie Chaplin for the show, which will see the legend preform the album along with rarities and greatest hits.

Both shows take place 27th and 28th of July at the Exhibition Centre at the Echo Arena and tickets are on-sale this Friday at Seetickets. 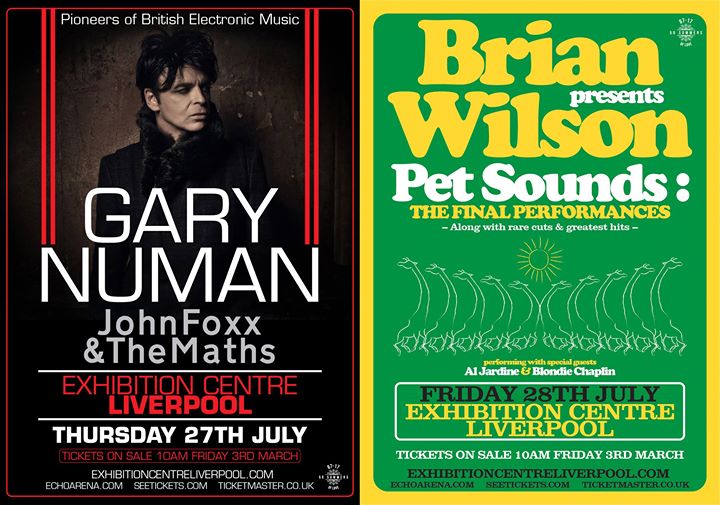