Bluedot have announced their line-up for 2017 and it’s boasting some fantastic acts, including headliners Alt-J, the reunited Orbital and Pixies.

Alongside those, the “intergalactic festival of music, science and the exploration of space” will also have performances by Soulwax, Warpaint, Ezra Furman & The Boyfriends, Shobaleader One, Shura, Andrew Weatherall and Factory Floor. 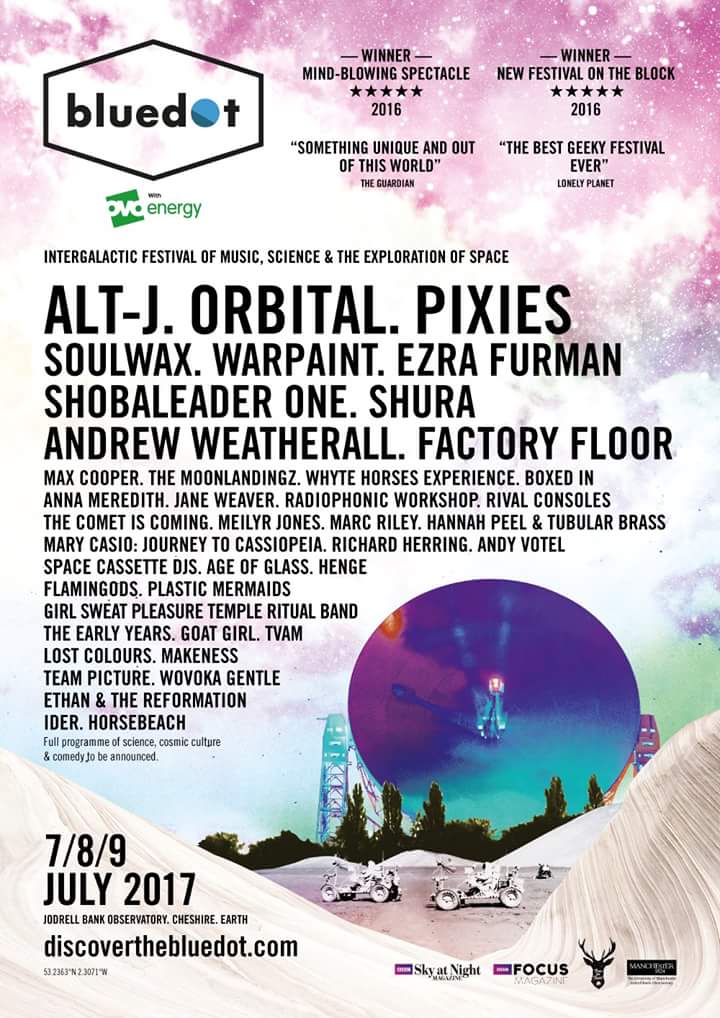