Punk rockers The Vibrators are set for a date at The Magnet in Liverpool this December thanks to Broken Bow.

The outfit formed in 1976 and began their wave of terror on the UK punk/new wave scene in-which they were apart of the elite class of one-hit wonder bands are bringing their 40th Anniversary Tour to Liverpool‘s Magnet venue to provide some classic punk offerings.

The band are noted as one of the longest continuing punk acts and famously supported several big name acts such as Iggy Pop. Drummer John “Eddie” Edwards noted to the Hull Daily Mail back in March “Iggy‘s still kicking it, isn’t he? And that’s how we are. We’ll have old and new stuff, but we’ll be the same us”.

The band hit The Magnet on December 2nd supported by Super Fast Girlie Show and Queen Zee & The Sasstones and tickets are on-sale now. 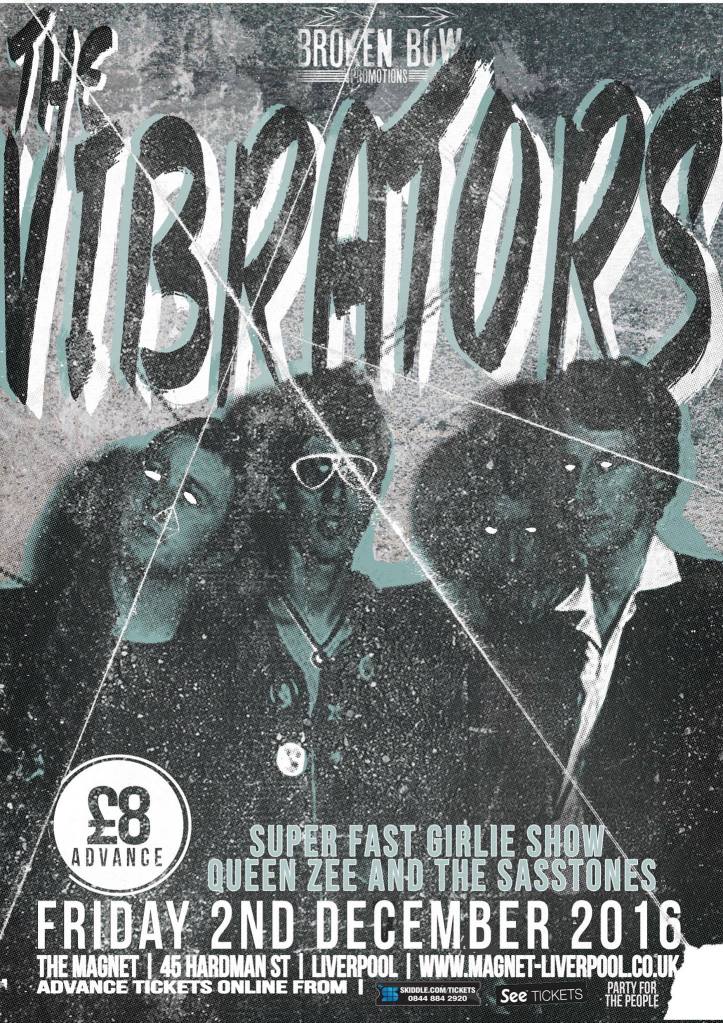